Everywhere in the world people drink coffee, but they drink it the most in the Netherlands. Research shows that Dutch people drink at average more than two cups of coffee per day.
Most people find drinking coffee delicious and comforting and several studies show that it’s also very good for you. Here are ten reasons to drink coffee every day.

1. The smell of coffee can calm you
Researchers at the Seoul National University discovered that the smell of coffee can bring down your stress levels, in particular the kind of stress caused by sleep deprivation. Smelling coffee causes a change in the proteins of the brains that are related to stress. So, even if you don’t drink coffee at all, just smelling it can help you calm down.

2. Drinking coffee can make you feel happier
A study by the National Institute of Health showed that people who drink four cups of coffee per day or more were about ten percent less likely to be depressed than people who never drink coffee. According to researcher Honglei Chen it’s probably the antioxidants in the coffee that make you feel better and a study from Harvard University shows that form women drinking coffee can actually reduce the risk of depression with 20%.

3. Coffee can improve your physical performance
Coffee you help you a lot with sports and physical activities. De biggest boost you get from the caffeine. According to the New York Times, a cup of coffee can improve your workout results a lot. Coffee increases the amount of fatty acids in the bloodstream, to be used as fuel which will save the body’s own reserves of carbohydrates for later during the exercise. In a test athletes performed 16 percent better if they had coffee. In an interview with The Guardian tells Olympic athlete Mo Farah (who won several Olympic medals) that he often drinks a cup of coffee 20 minutes before the race. Also if you’re not a professional sporter, a cup of can help you. Research shows that caffeine can improve your physical performance with 12% on average.

4. Coffee van reduce the risk of several sicknesses (Alzheimer, Type 2 diabetes, some types of cancer)
Coffee can reduce the risk on several kinds of sicknesses a lot. A study from Brigham and Women’s Hospital and Harvard Medical School showed that women who drink three or more cups of coffee per day, are much less likely to develop skin caner. Another study showed that people who drink four to five cups of coffee per day have a 15% lower risk on colorectal cancer. More studies show that coffee drinkers have up to 65% lower risk on Alzheimer and a significant lower risk of Parkinson Disease. Lastly, a study of The American Chemical Society showed that people who drink four cups of coffee per day or more have a 50% lower risk of getting Type 2 Diabetes. Good to mention is of course that this is about black coffee and not coffee with sugar or sweet syrups.

5. Coffee is good for your liver (especially if you drink alcohol)
A study in 2006 where 12500 people of 22 years and older where examined showed that people who drink a cup of coffee every day have a 20% lower risk of liver cirrhosis, a sickness that can cause liver failure and cancer. The lead author of the study told The Guardian: “Consuming coffee seems to have some protective benefits against alcoholic cirrhosis, and the more coffee a person consumes the less risk they seem to have of being hospitalised or dying of alcoholic cirrhosis.”
Also for people that don’t drink alcohol can be drinking coffee of benefit to the liver. Another study showed that drinking coffee also lowers the risk on other liver sicknesses.

6. Coffee can make your more intelligent
Caffeine is a psychoactive stimulant, that means that it stimulates several parts of the brains. When you drink coffee, the caffeine gets in your blood and from there goes to your brains (that takes about 30 – 45 minutes). There is causes the neurons in your brain to fire more rapidly which helps improving your reaction time, enhances your mood and improves your memory and other cognitive functions. CNN reports that coffee allows you brain to work in a much more efficient and smarter way.

7. Coffee can help you loose weight
Caffeine is one of the few natural substances that have actually been proven to help burning fat. Several studies showed that caffeine can boost the metabolic rate with 3 – 11%. Caffeine in coffee helps to burn fat in a more effective way. First it stimulates the nerve system, which gives a signal to break down body fat and to use it as fuel. Secondly it increases the production of the hormone Adrenaline, which burns fat and thirdly it increases the metabolic rate, causing your body to burn more calories.

10. Drinking coffee can help you live longer
Coffee is full of good substances, it can lowerthe risk on several sicknesses and that can give you a longer lifespan. It appears that coffee drinkers are among other things less likely to die from infections, injuries or accidents and heart diseases. A study published in the New England Journal of Medicine showed that even one cup of coffee per day can lower the risk of an early death with 5-6%, which shows that even a bit of coffee can already be beneficial for you.

Quite a list with reasons why coffee is good for you. But do you really need a reason? At least now you’ll have an answer for whenever someone tells you that coffee is bad for you and hopefully you’ll enjoy your coffee even more. 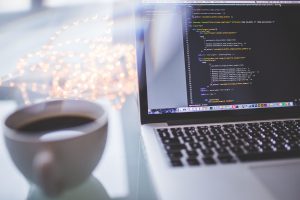 If you haven’t heard of Webpuccino® before, you might wonder how websites and coffee are related to each other. What do roasted coffee beans and programmed websites have in common? Webpuccino® purposefully links the two product with each other. Quality For coffee it’s essential that you have beans of good quality. You can have a...

Working at home or in an office can be very nice, because it’s a quiet workplace with not too many distractions. Though from time to time it can be too quiet or maybe even a little lonely. Research has shown that a bit of background noise can boost creativity. The idea behind this is that... 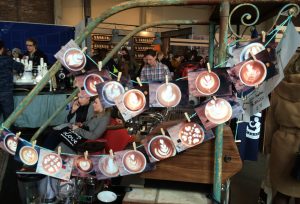 The Amsterdam Coffee Festival is a very nice place to visit for real coffee lovers. With many stands of coffee brands, coffee shops and even coffee universities there is a lot to see and learn. Everywhere at the festival people offer you a cup of coffee, so there is a lot to taste as well....

This site uses Akismet to reduce spam. Learn how your comment data is processed.

– We love to serve you and do our best to help you as good as possible. Do you have any questions? Send us a message, we are here for you!